The Cultural (and Racist) History of ‘Cleanliness’ in Canada 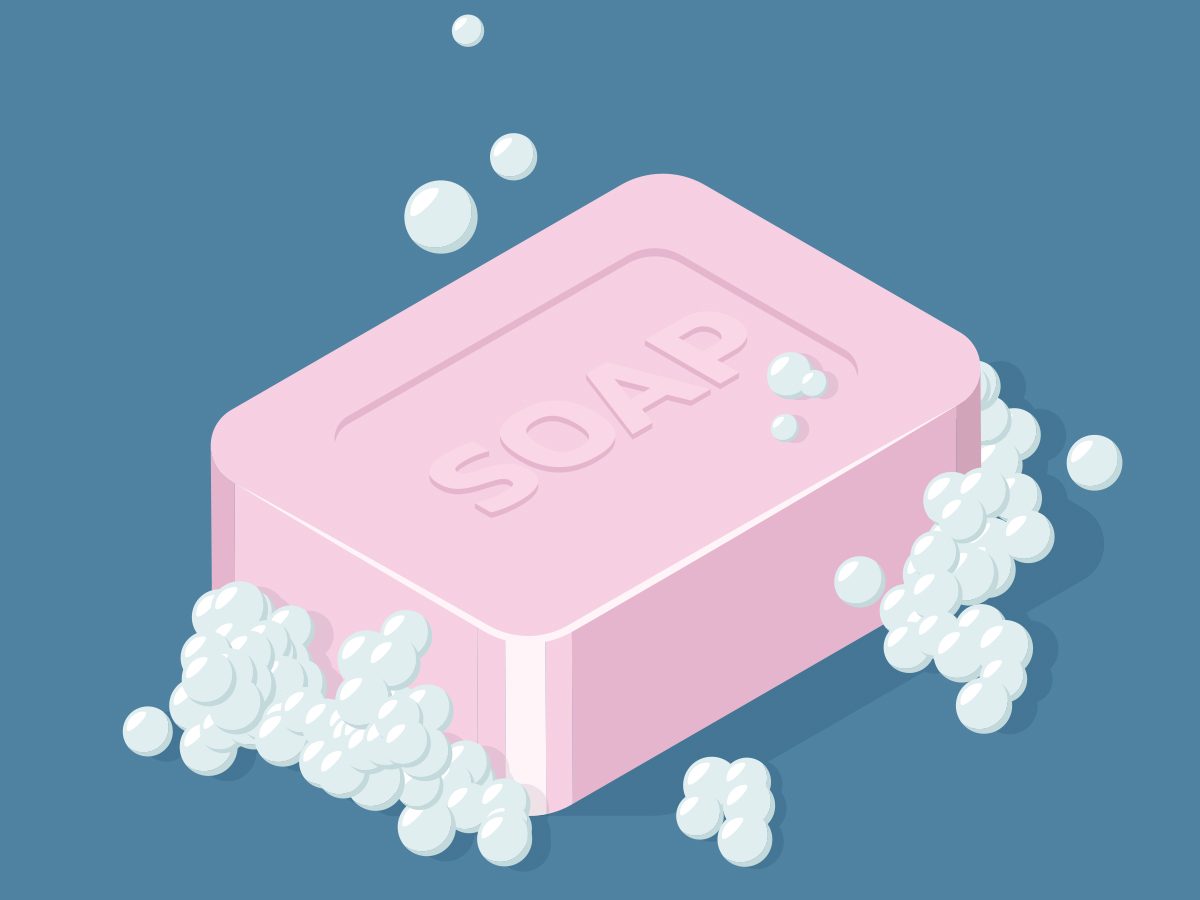 When the news broke that Ashton Kutcher and Mila Kunis don’t bathe their children daily, my first thought was, “Wow, that’s gross.” And then I wondered, “Why are they telling us this?”

The Hollywood couple revealed their family’s bathing routine, or lack thereof, on a July episode of the Armchair Expert podcast. Their comments were followed by more white celebrities, like Jake Gyllenhaal and Dax Shepard, divulging their laidback hygiene habits. I recoiled in disgust at the thought that a living, sweating, adult person would not only actively choose to avoid washing themselves and their kids, but that they would feel safe enough to state this publicly.

There is an immense privilege that comes with being able to announce to the world that you and your children are dirty, without fear of stigma or ostracization. It’s a privilege that is never afforded to certain socioeconomic and racial groups—especially Black and Indigenous people.

In Canada, this privilege is rooted in our own history of hygiene and cleanliness. Early European settlers were not accustomed to bathing regularly, as “the use of soap as an antiseptic procedure was unknown until the 19th century.” It wasn’t until the mid to late 19th century—when the link between a lack of proper sanitation and the spread of infectious diseases, like cholera, was recognized—that white settlers actually began to take hygiene seriously.

Although local health boards existed since the early 19th century, a widespread focus on cleanliness in Canada started with the development of this country’s public health apparatus, which began shortly after confederation in 1867. And as healthcare knowledge and infrastructure in the newly formed Dominion of Canada grew, so did the focus on hygiene as an important part of that equation.

The new conception of hygiene, cleanliness and health, however, was limited to Europeans and neglected the Indigenous people whose land they had come to occupy. Societal notions of cleanliness became a question of status (and race), only attainable by settlers. According to the Canadian Public Health Association, “if health concerns for Indigenous peoples were considered at all, it was by missionaries, traders and individual physicians.”

(Related: This Soap Brand Is Sharing the Healing Power of Inuit Tradition)

Personal hygiene practices are about more than physical cleanliness

For Black Canadians, the late 19th century was a time when slavery had been abolished, but the seeds of anti-Blackness had already been well-sown into the fabric of Canadian identity. During slavery, the association between dirtiness and Blackness was prevalent throughout the British empire, including Canada.

An exhibit at the Dalnavert Museum in Winnipeg showcases just how these notions of Black people as being dirty or unclean, were perpetuated through racist imagery and advertisements. According to the museum, “soap in the late 1800s represented more than the physical aspect of ‘getting clean.’ The Victorian idea of cleanliness became tied to the concept of imperialism and Victorian superiority.”

One example on display is the ad for Gold Dust washing powder from the late 1800s. The packaging depicts the “Gold Dust Twins,” a caricature of a pair of African American toddlers who were shown to be scrubbing and cleaning a house, a task far too dirty or demeaning for a white person to do themselves. The museum also highlights the notorious Pears’ Soap advertisements, one of which shows a child in a bathtub going from Black to white, a racist representation of what it means to go from dirty to clean. (These images are old enough to appear in a museum, but don’t be fooled—the racist associations between cleanliness and white skin are still seen in skin whitening and soap ads today.)

Who gets to be ‘dirty’

In the decades that followed, what’s considered “hygienic” continued to be weaponized against Black people throughout North America. To this day, Black hairstyles like dreadlocks are stereotyped as dirty and unprofessional.

“The way people presented it to me was that if you had dreadlocks you were unkempt. You were dirty. You weren’t washed, and that was the stereotype that followed me for a very long time,” Vancouver business owner Christopher Boreland told CBC. Meanwhile the dirty hipster look, usually marked by long, messy hair, Hawaiian shirts and overgrown facial hair, is a trend sported by white celebrities like Justin Bieber and Post Malone and celebrated by fans.

This racist double standard is why it’s so irksome to hear white celebrities like Kutcher and Gyllenhaal casually talk about their bathing habits. It’s easy for wealthy, white people to be flippant about something as supposedly innocuous as showering, when they know they won’t be judged beyond a few social media jabs. Black people like me, on the other hand, know all too well that our perceived cleanliness can have serious social and systemic ramifications for us.

(Related: The Forces That Shape Health Care for Black Women)

As Stacy Lee Kong, writer and editor of pop culture newsletter Friday Things, points out during the recent hygiene debate, it was mainly celebrities of colour like Cardi B, Jodie Turner-Smith and Jason Momoa who all felt a need to state that they bathe regularly. Lee Kong further highlights the many reasons why people of colour may not be able to partake in expected hygiene rituals, including mental health struggles, poverty and lack of access to clean water—the latter being a serious problem that is unique to Indigenous Canadian communities.

The racist ideas of “cleanliness,” and associated stigma, can also have serious impacts on people’s interactions within the healthcare system, particularly for people facing housing insecurity.

In addition to facing race-based discrimination, homelessness has long been associated with being “dirty” and “deviant,” a moral failing on the part of the individual rather than seeing a victim of a much larger social problem. As a result, according to a 2020 Ontario study, many Canadians experiencing homelessness say discrimination is “common” when accessing healthcare, and they sometimes worry that “disclosing their housing status will result in stigmatization from care providers.” According to the Canadian Observatory on Homelessness, mounting evidence also indicates that racism, culture and stigma amplify stressors that lead to mental illness and homelessness.

This history and the larger social context around hygiene and cleanliness is important to consider because it forces us to think about who can shun basic hygiene conventions, and who society will demonize for stepping outside of those norms. The line separating those two groups is both class-based and highly racialized. And as we continue to have more nuanced conversations about the ways that race and class permeate every aspect of how we move through society, it’s clear that even seemingly meaningless topics, like how often people shower, deserve that context.

Next, read the story behind a misunderstood and often misdiagnosed heart condition that’s affecting Canadian women.