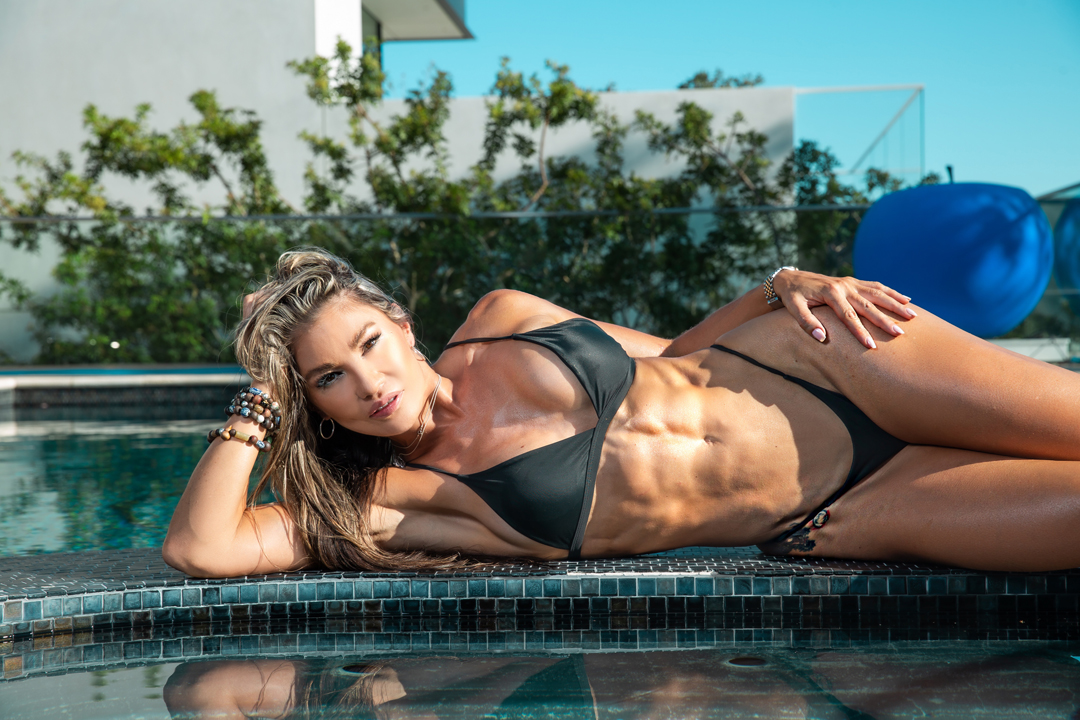 Mayling Ng is ready to kick it into high gear – with her black belt in Martial Arts, fitness championships representing Singapore (it’s been Msaid she could bench press Arnold Schwarzenegger), and several noteworthy acting projects on the horizon. Mayling will soon be starring in the DC Comics and Warner Bros. Pictures’ superhero action adventure film “The Suicide Squad,” premiering in theaters on August 6th. From writer/director James Gunn, the film features a collection of the most degenerate delinquents in the DC lineup. Mayling plays ‘Mongal,’ the daughter of the Ruler of War world ‘Mongul the Elder’. Mongal is a malevolent, muscular alien with orange skin who doesn’t play well with others — Harley Quinn in particular. She stars alongside the A-list cast of Margot Robbie, Idris Elba, John Cena, Taika Waitti, Pete Davidson, Nathan Fillion, Storm Reid, and many more!

Mayling is additionally starring in the film “Legend of the White Dragon” which is currently in production. She is set to play police ‘Lieutenant Tek Boh,’ starring alongside former Power Ranger Jason David Frank in the Bat in the Sun production.Mayling will also be the female lead alongsideformer UFC champion Michael Bisping in “The Journeyman” which is currently in pre-production. The film follows a journeyman boxer’s tumultuous life and career as he attempts to make a grand comeback.

Born in the UK (of Chinese-Singaporean-European decent), Mayling spent her early years in the Canary Islands Tenerife before moving to Singapore and eventually Los Angeles. With her unique global perspective, Mayling quickly gained attention playing strong warrior characters and doing her own action scenes in “Wonder Woman” “Lady Blood fight,” “The Scorpion King: Book of Souls,”.

You were born in the UK being of Chinese-Singaporean-European descent, you spent your early years in the Canary Islands Tenerife before moving to Singapore and eventually to Los Angeles. You played strong warrior characters and did your own action scenes. Your credits include “Wonder Woman”“Lady Bloodfight,” and “The Scorpion King: Book of Souls,” This later propelled your career to the height where you have been at the top of the world as an action star. Tell us more about your professional journey of exceptionally hard work, tenacity, and endurance?

I started my acting career working in Hong Kong martial arts movies, which helped open doors and into comic book and superhero movies here in Hollywood. So, it’s a Hong Kong to Hollywood story. I’ve had many career experiences ranging from owning restaurants to personal training, but six years ago I moved to LA decided to focus on my acting career and went all in for my dream to work in the film industry. Thankfully, I’ve been very fortunate to have been working consistently and I’m only just starting to establish myself.

You moved from the UK, Singapore to different parts of the world and finally to the US for your professional career. For an actress adjusting to new places with their own cultures it must be difficult and then to adjust with the acting career in a new location, what advice can you give to fellow actresses in a similar situation?

To be honest, it wasn’t hard to adjust because I’ve always been a nomad. I moved when I was a kid to Tenerife. Then I was often flying between Singapore, Tenerife, and England on my own from age 13,.so it’s a way of life for me. It’s always been my decision and choice where to live but I think I’ve found my forever home since I moved to LA in 2016 where I have become more settled both physically and spiritually.