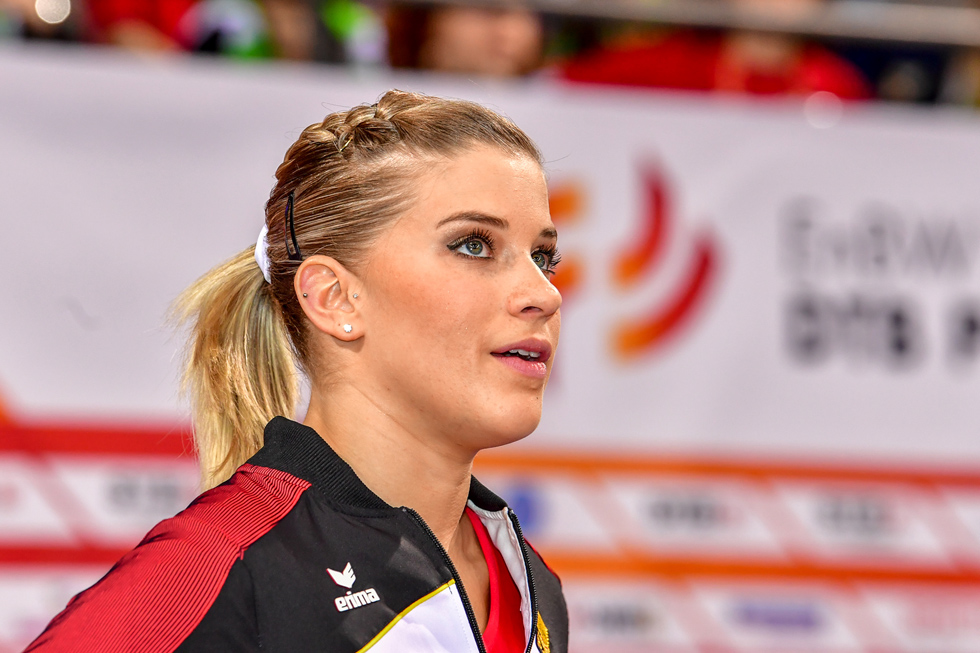 Elisabeth Seitz is a German artistic gymnast. She is the 2018 World bronze medalist on the uneven bars, where she is known for her exciting routines. She is one of the only female gymnasts in history to compete the Def (full-twisting Gienger) release, and her eponymous skill, a full-twisting Maloney called the Seitz, is the most difficult transition element on the apparatus. Seitz has also had success in the individual all-around event, where she is the 2011 European silver medalist and a five-time German national champion (2011-2013, 2017-2018). A two-time Olympian, she represented Germany at the 2012 Summer Olympics in London and at the 2016 Summer Olympics in Rio de Janeiro, where she led her team to a sixth-place finish and placed fourth in the uneven bars final.

When I was little girl I used to jump around in our living room. That’s why my mum to send me into gymnastics centre. As a teenager, my mum was a gymnast as well.

You are one of the only female gymnasts in history to compete the Def (full-twisting Gienger) release, and the eponymous skill, a full-twisting Maloney called the Seitz, the most difficult transition element on the apparatus. How did you prepare for this one?

I have never been scared about flipping around and trying out new crazy things. That helped me a lot to try out those difficult skills.

Introduce us to a day in your life. If not a gymnast you would have been a…….?

Maybe I would have been more creative. When I was younger I always tried to visit interesting things and I drawed a lot.