Is Barley Good for You? What Nutritionists Need You to Know 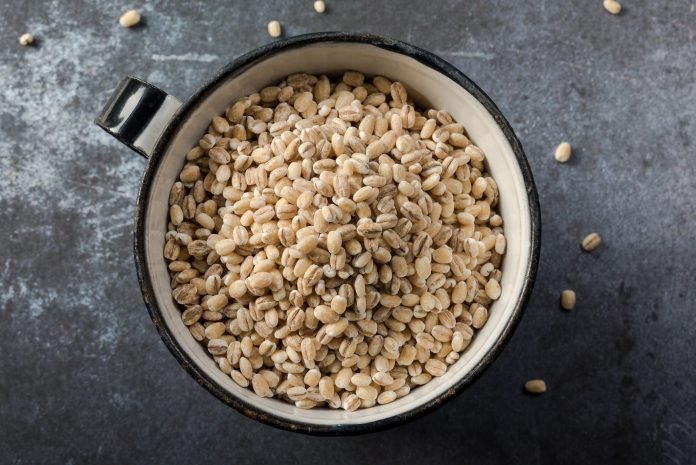 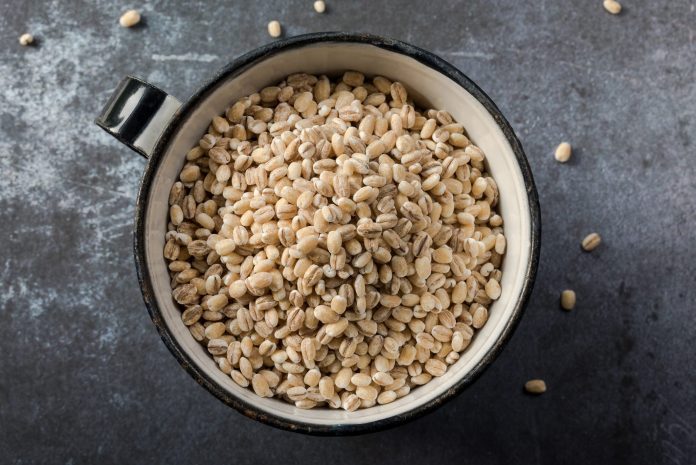 Barley is a whole grain loaded with nutrients. Check out the health benefits, how to cook it, and ways to work it into your diet.

The way most people get barley is through beer. “Malt is germinated (sprouted) barley that has been gently dried to stop the growth of germinating roots,” explains Danielle Gaffen, registered dietitian nutritionist and nutrition consultant, San Diego, California. “This leaves intact the enzymes that convert starches to sugars such as maltose.”

A staple in some alcoholic beverages, such as whisky and beer, malt is also used in some food products, too. You may be surprised to learn just how many processed food products use malt. “Common foods to which malt is added include milkshakes, cereals, waffles, pancakes, ice cream, baked foods (cookies, crackers, pretzels, pizza, bagels), imitation coffees, and confections. Malt can be used as a food flavouring, colour additive in caramel, and as optional ingredients in baked products,” says Gaffen.

So you’re getting a form of barley almost daily. But barley itself is worth adding to your diet, as well: It’s a whole grain that can be eaten hulled or hull-less and is loaded with nutritional benefits. Here’s everything you need to know about the cereal grain, including how to add it to your diet.

(Related: Is Spelt Good for You? What to Know About This Ancient Whole Grain)

This whole grain is packed with nutrients. “Barley contains 13 grams of fibre per cup along with copper, manganese, phosphorus, and selenium,” says Gaffen.

Here are the nutrients in one-half cup (100 grams) of uncooked, hulled barley:

(Related: What to Know About Quinoa’s Nutrition, Calories, and Benefits)

Barley is a type of grass and is very similar to wheat. It is an annual grass that grows well in warm climates and is usually harvested in the spring.

The origins of barley are unclear, but experts believe it comes from the Fertile Crescent of the Middle East, near regions that are now known as Iran, Iraq, Turkey, and Lebanon. Barley is a grass that doesn’t grow in the wild and has been domesticated throughout centuries.

You can find a wide variety of barley options at your grocery store—just know that not all forms of barley are equally nutritious. The healthiest choice is barley that is minimally processed—look for options labeled as whole grain. Here’s what to know about the varieties you’ll see:

This is barley that has been harvested and the inedible outer hull has been removed with minimal processing. “Hulled or hull-less barley is a whole grain that provides a bounty of essential nutrients, including a good source of plant-based protein, magnesium, phosphorus and niacin and an excellent source of fibre, manganese, selenium, and thiamine,” explains Beth Stark, RDN, a nutrition consultant in Harrisburg, Pennslyvania.

This barley has an outer hull that usually comes off during the harvest and helps minimize processing times. Hull-less still has the bran and germ intact and is considered a whole grain. “It’s important to note that hulled and hull-less barley are both minimally processed forms of the grain that retain their outer layers after harvest,” says Stark. “Because of this, they are a source of whole grains.”

(Related: How to Choose a Healthy Bread)

Pearled is very common but not as nutritious as hulled or hull-less barley because during processing some of the bran layers and important nutrients are stripped away. Gaffen explains: “In pearly barley processing, additional pearlings remove more of the bran, germ, and part of the endosperm, resulting in tiny grains with a polished, pearl-like colour.”

According to Stark, “For this reason, pearled barley is not technically a whole grain and therefore does not offer the same nutrition perks shared here. It’s still a better option than a fully refined grain though.” You’ll find pearled barley in various baked goods or meals. “Pearled barley is used to make barley flour, grits, and flakes, which can then be incorporated into breakfast cereals, breads, soups, cookies, and crackers,” says Gaffen.

Barley flakes look similar to oatmeal. Flakes can be made from hulled, hull-less or pearled barley and are made by steaming the kernels and then rolling them before drying them.

Grits can be made from hulled, hull-less, or pearl barley when the kernels are broken into pieces. “Barley grits are barley grains that have been toasted and cracked into particles,” says Gaffen.

(Related: How to Eat a Whole Food, Plant-Based Diet)

“The benefits associated with eating an adequate amount of whole grains and fibre from foods like barley and others may also include weight management, appetite control, and a healthier GI tract, or ‘gut,’” says Stark.

Antioxidants are molecules that reduce the effects of free radicals, or unstable atoms, on the body. “Antioxidants are powerful compounds found in foods, especially plants, that help neutralize free radicals in the body that may contribute to several diseases, including cardiovascular disease, type 2 diabetes, cancer, and inflammatory joint diseases, among others,” explains Vanessa Rissetto, registered dietitian and Co-Founder of Culina Health.

Barley has different antioxidants, including vitamin E, and beta-carotene among others. Rissetto advises, “Getting more antioxidants in your diet is essential for minimizing inflammation and protecting your cells from oxidative damage.”

“Barley is one of the highest-fibre cereal grains there is as it consists of around 17 percent fibre,” says Stark. There are different types of fibre, including soluble fibre, which the body can’t digest but is important and beneficial for the digestive tract. One type of soluble fibre is beta-glucan, and barley delivers plenty of this healthy substance. Beta-glucan fibre helps slow down digestion, says Naar, and helps you feel full longer.

There are more pluses to beta-glucans, says Gaffen. “The fibre may also have beneficial roles in lowering insulin resistance, reducing the risk of obesity, and boosting the immune system to fight cancer.”

(Related: What’s the Healthiest Cereal to Buy in Canada?)

Because barley is high in soluble fibre, beta-glucans, eating barley can help with cholesterol. “Beta-glucans help lower cholesterol by binding to bile acids and removing them from the body,” says Gaffen. Barley also has phytosterols, or plant sterols—compounds that are similar to cholesterol but found in plants, specifically inside plant cell membranes. “Barley helps reduce cholesterol due to its high content of phytosterols, a phytochemical,” says Naar.

Barley has different plant compounds, known as phytochemicals that may help or reduce heart conditions and diseases. “The grain may protect against heart disease and cancer through its high phytochemical content of flavonoids,” says Naar.

Plus, barley has polyphenols, which are essential micronutrients in plant-based foods. One of the polyphenols is called lignans. Barley is “high in lignans, a phytochemical, which has antioxidant, anti-tumor, antiviral, and antibacterial effects,” she explains. The lignans can aid the heart and consuming barley “may protect against coronary heart disease because of its high lignans content,” says Naar.

Eating a high-fibre diet can be important in reducing appetite, which can help you feel full longer, often leading you to eat less. “Barley also helps to maintain good levels of fullness until your next meal which ultimately can help maintain a healthy weight,” says Rissetto.

Risks or side effects

Although barley is a whole grain and full of nutritional benefits it may not be suitable for everyone. Barley is similar to wheat and does have gluten. Individuals with gluten allergies, intolerance, or celiac disease will want to stay away from this grain. “This grain is not suitable for people with celiac disease or who have gluten/wheat intolerances,” advises Gaffen.

How to cook it

Depending on what type of barley you choose to prepare will take more or less time and have a different texture. According to Gaffen, “[Hulled barley] is somewhat chewier than pearl barley and requires longer soaking and cooking times, but it’s ultimately more nutritious. This form of barley must be soaked for several hours or overnight using twice the amount of water to the amount of barley. Once the barley has soaked, it can be drained and rinsed.”

Soaking overnight may be an extra step but in the long run, it will save you time and will be easier for your body to digest the whole grains. “Soaking the barley facilitates digestion and reduces cooking time,” explains Gaffen.

Although it doesn’t look like pasta, barley is often cooked in a similar way by placing the grain in boiling water until it becomes tender but not mushy. “However, unlike pasta and grains like quinoa, rice, and pearled barley, hulled and hull-less barley takes much longer to cook; 45 minutes to an hour or so,” says Stark.

Whole-grain barley may not be for a quick fix dinner because of its long cooking time. However, if you plan in advance or make extra for future meals, you can use cooked barley for an array of dishes. Stark recommends, “Since it does take a bit more time to cook, consider making a double batch and storing it in the fridge for quick use.”

It may be typical to add salt to your pasta water but this isn’t recommended when cooking barley. “Salt shouldn’t be added to barley before it finishes cooking, as it prevents the water the barley is cooked in from being properly absorbed,” explains Gaffen.

(Related: Buckwheat: Health Benefits, Nutrition Facts, and How to Eat It)

How to eat barley

Barley is a fun and easy whole grain to incorporate into meals and can be eaten for breakfast, as a substitute for pasta, rice, or other grains. “Enjoy it as a side dish or as the base of a hearty power bowl,” says Stark. Gaffen adds that “barley can be added to canned soups and stews, bread stuffing, as a side dish similar to rice, and so much more.” Once barley is cooked, it’s an easy whole grain to make numerous dishes. “The hearty texture and nutty flavour of barley by cooking it in stock or bone broth instead of water, then flavour with fresh herbs, spices, a drizzle of pesto or dollop of hummus,” says Stark.

Barley is a versatile whole grain so you combine this ingredient with many different foods. “It also pairs well with a variety of nutrient-dense foods like olive oil, vegetables, nuts, beans, herbs, lean proteins, and fish,” says Stark, “and makes a good vehicle for getting these foods onto the plate.”

But Barley isn’t only to be served as a savoury dish. “You can pair barley with sweet ingredients too and use it as a satisfying breakfast stand-in for oatmeal. Simply cook and then top with berries, cinnamon, maple syrup, and walnuts or your favorite oatmeal toppers,” explains Stark. Plus, barley can be used in baked goods or even for other breakfast recipes, such as waffles or pancakes to give you a boost of nutrients as well as provide a nice flavour. Naar says, you “can use barley flour for breads or even pancake batter as it has a sweet, nutty flavour.”

Eating a varied diet is important to receive an array of nutrients that are important for our bodies. Incorporating barley can be another way to have more diversity in your diet. “Many of us fall short of both whole grains and fibre in our diets,” explains Stark. “Adding barley into the mix offers an easy and tasty way to boost these important nutrients.”

Ratios of water to grain for different types of barley

These are the barley cooking tips Gaffen gives to her clients for a nutritious meal or side:

Now that you know about barley’s benefits, here’s what you need to know about seed cycling for your menstrual cycle.