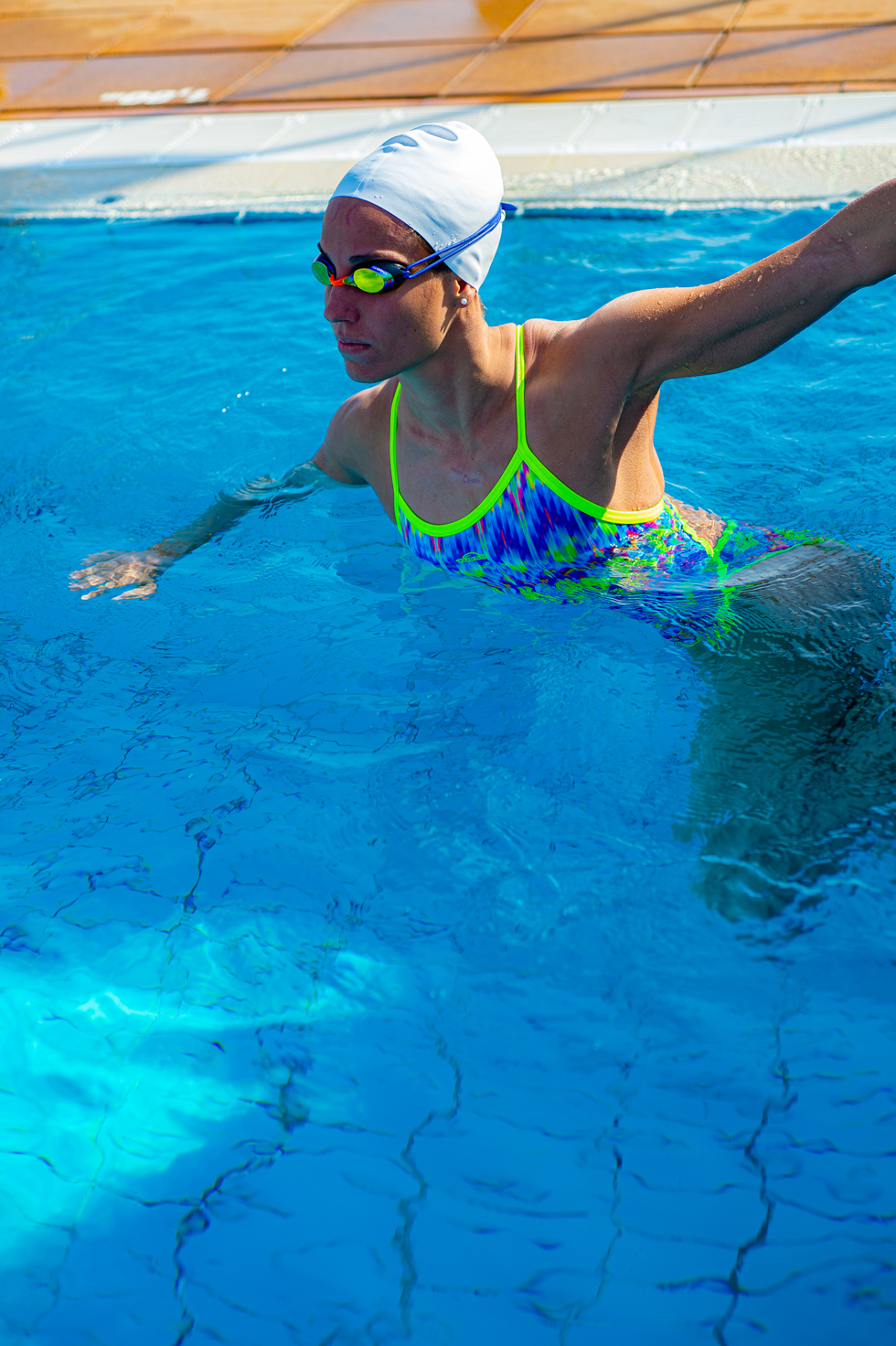 Anna Espar Llaquet is a Spanish water polo player who won the gold medal at the 2013 World Championships in Barcelona.

Espar also played on the Spain national team which won the silver medal at the 2012 Summer Olympics in London. She scored 15 goals and was named to the Olympic All-Star Team. In 2012 Espar was named Best European Female Water Polo Player by the LEN.

You played on the Spain national team which won the silver medal at the 2012 Summer Olympics in London. Walk us through your spectacular journey and share what all led you to take up this sport?

Sports are a big part of my life. I have played different sports since I was a little kid so sports have taught me some of the most important values and lessons in life. At the age of 11 I started playing water polo while I was also a swimmer, tennis player and basketball player. I ended up choosing water polo for two reasons: it was a team sport and because I fell in love with the game from day 1. I remember every practice then as happy and fun. And still, 14 years later, I’m happy and excited at every single practice. The reason being that I’m able to share it all with my teammates.

Our qualification for the London Olympics wasn’t an easy one. We got the 11th position in the previous World Championship and less than a year later we had to beat the current world Champion, Greece, in order to qualify for the Olympics. It was a difficult road, but it brought me some of the best memories of my life. Becoming an Olympian was a dream that came true. And I enjoyed every second of it. From the hard training schedules to standing next to my teammates with that silver medal. I’m looking forward to more in the next Olympics!

You were named the Best European Female Water Polo Player of 2012? Being the best involves a lot of dedication and commitment. Share five keys to being the best?

Passion: I believe that when you do something with passion, you don’t count the cost. The reward of doing what you love is so big that it never feels like this great sacrifice, but instead just choosing what you love the most.

Commitment: Being an athlete means being willing to do anything to become better and to prepare to win. Preparing to win, having that work ethic, that’s what makes a champion. For everything in life, commitment is so important.

Desire: Dream and fight for your goals. Having goals in life is very important. You must know what you are working for and you must fight for it. Always remember, if you can dream it, you can do it.

Repetition: I always say that repetition is the key. And it truly is. You might not be great at something at first but eventually, with hard work and muscle memory, you will. Get your brain used to a certain move or routine and soon enough it will be second nature.

Hard work & team work: always give your 100%. No matter what, give your best and this will make you a real champion. You might have bad days, but you still need to show up and do what you need to do. Just put the work and the result will end up paying off. And of course, it makes it easier when you can count on a team that will help you get through the journey. My teammates make my good days better and my bad days easier.

Introduce us to a day in your life. Your morning begins with.

Apart from being a professional athlete, I am also currently working for Turbo. Before this pandemic my days were pretty busy. However, I have always loved being able to combine studies and work with sports. If you can organize yourself well, being able to balance your daily life with some exercise will really make you feel better. Let me tell you a bit about my schedule so you will understand how important good organization is.

I used to wake up at 7.30 to be at work by 8.30. Then I worked until 11 and started practice in Mataró at 11.30. 2 hours training in which we combined weight sessions at the gym and physical condition in the water. Then one of my favorite time of the day, lunch with my teammates. It is good to have some moments to relax and talk about other things so I appreciate these with them, then I used to work from one of my teammate’s home in Mataró (since I live 30’ away) and practice again by 8pm until 10 to get home and get dinner before going to sleep.