Polyamory 101: Everything You Need to Know to Get Started 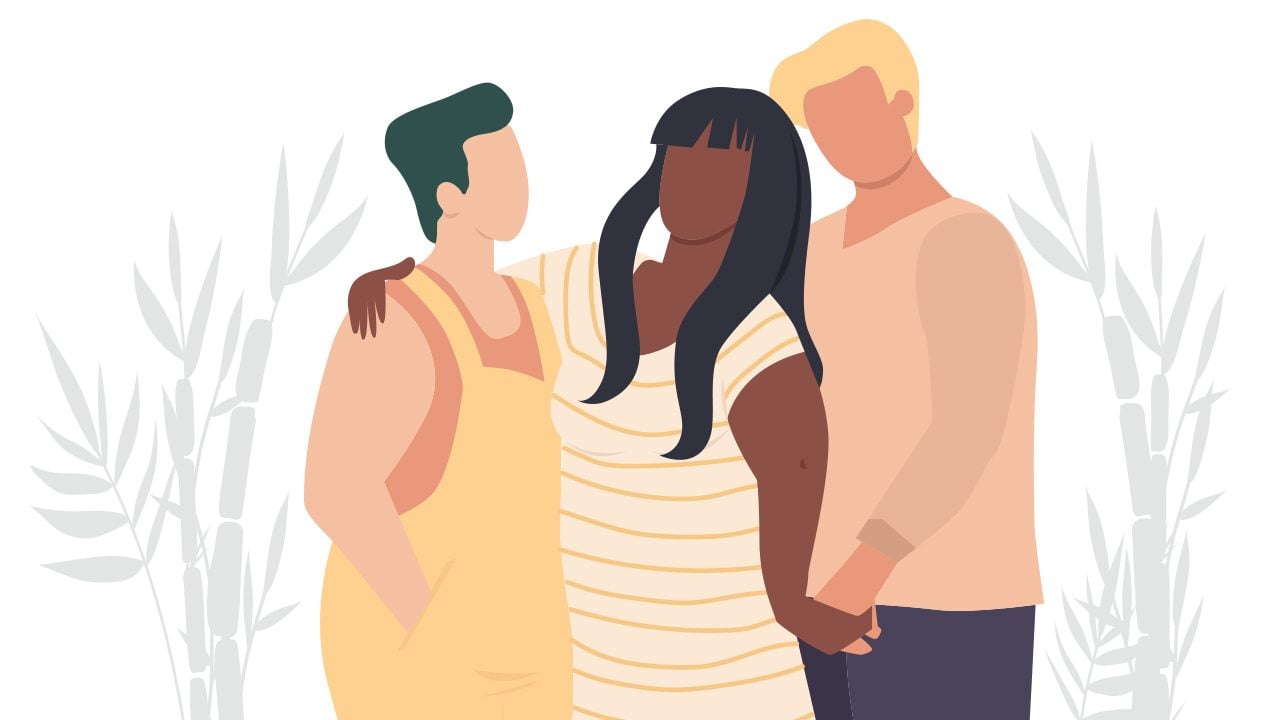 Vancouver-based relationship coach Mel Cassidy began exploring polyamory after separating from her spouse of seven years. The couple had discussed opening up their relationship, but in doing so, realized that Cassidy wanted multiple loving connections, while her partner desired sex-focused relationships. That difference ended up highlighting the ways they had grown apart.

“For many folks looking to open up an existing relationship, it’s important to keep in mind that any kind of change to the structure of your relationship is going to shake it up,” she says.

Cassidy has now been polyamorous for the past 10 years, a relationship status that is more common than many realize.

According to a 2018 Ipsos poll, one in 25 Canadians in a relationship describe it as being polyamorous or open. A Vanier Institute of the Family survey in 2017 described polyamory as an “emerging” family dynamic that is growing in numbers, with polyamorists often being between the ages of 25 and 44, and most engaged in relationships that involve three people.

But if polyamory is something you’ve been considering, where do you begin? Consider this Polyamory 101, your guide to the polyamory basics.

Well, first, what is polyamory?

By definition, polyamory is when an individual participates in more than one romantic relationship at a time. As the Canadian Research Institute for Law and Family makes clear, polyamory is not typically related to religion, marriage and is different from polygamy, which is the practice of having more than one spouse.

“Lots of folks have conflated polyamory with swinging and kink, and assume it’s all about the sex. There’s overlap in these worlds, but they are each their own different thing,” explains Cassidy.

(Related: Are You Cleaning Your Sex Toys the Right Way (and Often Enough)?)

There are various types of polyamory, such as a throuple, a quad or a mono-poly relationship where one partner might be polyamorous and the others are monogamous. Cassidy, for instance, is solo polyamorous, which means she does not have a primary partner but multiple loving relationships. If one partner keeps you busy enough, she notes that patience and compassion are necessary while juggling—and Google calendars!

Ok, so you want to give it a try. Where do you start?

“Make sure that your and your partner’s reasons are mutually explorative and curious,” she says. “You want all involved to be open to exploring and pausing the exploration based on how you’re doing. You want to make sure, before you do anything, you have enthusiastic consent moving forward.”

It’s an honest and open one, and it’s about establishing your satisfaction within the relationship and interest in discovering a new part of yourself—or a different version altogether.

“The key to both bringing it up to a partner and having a positive experience is seeking what you’re seeking in yourself,” says Luterman. “For example, you can say, ‘I love us, I’m satisfied with us. But there’s a part of me that doesn’t present in this relationship, that I’m looking to experience in my life, and I believe that the best way to do that is to pursue a relationship so that part of me feels active.”

That’s what Cassidy appreciates most about her relationships. “I’ve loved the diversity of experiences that I’ve been able to have,” she says. “Each partnership opens a door to exploring new things or getting to express different parts of myself.”

Great! Now, how do we set boundaries?

The most important thing is ensuring all parties in a polyamorous relationship are practicing safe sex, and that means open communication between all partners and operating in absolutes. For example, always using protection.

By beginning a relationship with this kind of boundary, you can avoid anxiety-provoking discussions that can build discomfort and make arousal less accessible, says Luterman, who adds, “Remember: in all sexual encounters, sex is only as good as you are relaxed.”

She also suggests having markers for when it’s time to “open and close the chapters of a relationship.” For example, if a partner becomes pregnant and vulnerability heightens, Luterman encourages individuals to revisit those conversations and possibly set new boundaries.

Cassidy says the only parameters she considers are ones she can set for herself, such as emotional and physical availability.

“Too often rules get thrown into polyamorous relationships as a means for controlling what another person can do, and that is ultimately harmful and limiting,” she says. “Boundaries are about what you as an individual have the capacity to engage with or not engage with, and aren’t things you can set for another person.”

Her suggestion is to think along the lines of capacity—how much do you have and what can you bring to additional relationships? From there, partners can work out where their capacities and boundaries overlap and develop agreements based on what you want your relationship to grow into or the specific ways you want to be there for each other.

How do you approach bigger commitments?

Polyamorous relationships can get as serious as traditional relationships when it comes to everything from finances to starting a family. But with several voices involved, things can get complicated. So, the key—as with all relationships—is direct and open communication.

Thanks to the Canadian Polyamory Advocacy Association, up to three parents can be listed on birth certificates. However, since much of the legal and financial world views couples as dyadic, it can be useful to work with a lawyer and draw up official documents recognizing the way finances and parenting are being handled—and to spare potential heartache down the road.

So how do you handle that and all the other tough parts?

One of the most common concerns when it comes to polyamory is jealousy, but Luterman says that’s to be expected in every type of relationship due to fearing comparison and competition, and it’s normal to want to know where you stand compared with your other partners. The difficult part is not drawing conclusions whilst feeling this way and without evidence. Luterman advises firming up your emotional regulation skills and considering therapy to help guide you. It can also be helpful to join peer groups for individuals in polyamorous relationships, of which there are many in Canada. The help of a supportive and like-minded network can make all the difference—especially when it comes to navigating family disapproval or societal stigma.

Ultimately, the best place to start is with a relationship based on love and growth—no matter the label and how many partners are involved.

Next: How to Embrace Your Sexuality After a Diagnosis

Everything That You Need To Know For Dating A Cam Girl

Everything Women Need to Know Before Starting a Weight Loss Plan

The Top 3 Things That All New Mums Need To Know