Is French Press Coffee Bad for You? 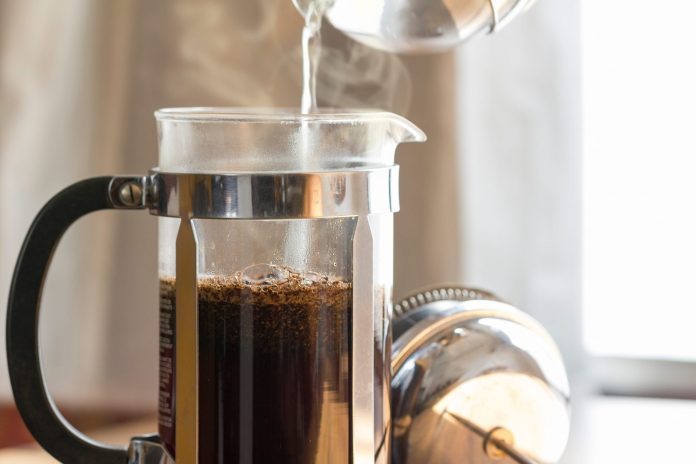 About 66 percent of Canadians enjoy at least one cup of coffee every day for morning fuel. Most coffee lovers have a favorite brand, creamer, or brewing style. Maybe you make your java in an electric coffee pot. Perhaps you prefer using a French press or the pour-over method, which involves pouring a slow stream of water over grounds in a paper filter over your mug.

Some people who love coffee, like registered dietician nutritionist Vicki Shanta Retelny, choose their brew based on flavour and aroma. “I love coffee flavoured with hazelnut, cinnamon, and nutmeg,” she says. “It might impart some health benefits, but I just love the aroma.”

Convenience and taste probably shape your coffee preferences. But don’t overlook the health benefits and drawbacks—and check out what science has to say about French press coffee.

(Related: Is Black Coffee Good for You?)

What is French press coffee?

French press coffee is a popular preparation method for unfiltered coffee. A French press, also known as a coffee press or coffee plunger, is a two-in-one carafe that acts as a manual coffee brewer and a pitcher for serving. Most French presses are constructed from glass and metal so you can see inside the container as you brew your coffee.

Because French press coffee uses a built-in plunger to separate the coffee grounds from the final brew, there is no paper filter to remove coffee bean oils or impurities. (Note that if you employ a reusable metal filter, the effect will be the same as with a French press—most of the oils and impurities will end up in your cup.) Some java aficionados say the lack of a filter makes the coffee taste better.

Why French press coffee may be bad for you

Other studies also support the idea that the oils in unfiltered coffee, which contain chemicals called diterpenes, can increase your risk of heart disease. That’s because diterpenes are linked to increased cholesterol, as a 2020 research review published in Food Research International suggests.

(Related: 10 Things That Happen to Your Body When You Quit Coffee)

Without a proper filter, the coffee in your French press is bound to include some diterpenes. Diterpenes are chemical compounds found in the oily substance in your coffee beans. “[Diterpenes are] believed to potentially raise the ‘bad’ LDL cholesterol among people who drink five to eight cups of unfiltered coffee a day,” says Shanta Retelny.

Vancouver-based physician and scientific researcher Hélène Bertrand, MD, emphasizes that diterpenes are in many substances, not just coffee. “In this huge class of chemicals, we find antibiotics, anti-inflammatory agents, Stevia, and cancer chemotherapy chemicals,” she says.

The two diterpenes to blame for unfiltered coffee’s adverse effects are cafestol and kawheol. While several research studies have linked them to raised cholesterol levels, a research review in the International Journal of Molecular Sciences found that these two diterpenes also have anti-inflammatory and anti-cancer effects. In other words, more research is necessary to determine whether these diterpenes may have health benefits that outweigh their risks.

The good news about coffee

Despite concerns over diterpenes and caffeine content, coffee can be surprisingly good for you. It offers several health benefits, including sharper focus and decreased risk of heart failure and stroke, according to research in the journals Consciousness and Cognition and Circulation. That’s because coffee is full of antioxidants, Shanta Retelny says. A 2018 meta-review in the journal Antioxidants suggests that coffee’s polyphenols (antioxidant-packed plant compounds) can help lower high blood pressure, high blood sugar, and unhealthy cholesterol levels.

“That being said, if you are not a coffee drinker, don’t force yourself to start for the heart health benefits,” says Shanta Retelny. “There are plenty of other nourishing foods that are heart-healthy, like vegetables, fruits, nuts, seeds, beans, and whole grains.”

“Caffeine stimulates your stress response, so if you suffer from anxiety or insomnia, caffeine-containing drinks will make you worse,” Dr. Bertrand says. Too much caffeine can give you heart palpitations, heartburn, and a general feeling of restlessness. Consuming extreme amounts of coffee, such as 10 cups in one sitting, may also trigger a seizure, she says.

Lattes and sweet coffee beverages can also be bad for you. “Watch adding too much sugar, heavy cream, or artificially sweetened syrups, as they can detract from the health benefits of your morning brew,” says Shanta Retelny.

So, how bad is it to drink French press coffee?

The diterpenes in French press coffee shouldn’t deter you from enjoying unfiltered coffee once in a while. Even Shanta Retelny drinks it occasionally. “I like the intense flavours of French press coffee,” she says, adding that the most beneficial way to drink coffee is to rotate your coffee preparation methods and switch between dark-roasted and light-roasted beans. Dark roasts contain less caffeine than blonde roasts.

What you put in your coffee also matters. Shanta Retelny recommends flavouring your java with turmeric, cinnamon, nutmeg, or unsweetened cocoa powder to boost the antioxidant or anti-inflammatory effects. While none of these additions removes the diterpenes from an unfiltered cup of joe, they can make your French press coffee healthier in general.

The bottom line is that French press coffee—or any type of coffee made without a paper filter—may slightly raise cholesterol levels; what’s more, drinking large amounts of unfiltered coffee has been linked to heart disease.

But that doesn’t mean you need to toss out your French press: If you enjoy the flavour and aroma, drink it occasionally, and opt for paper-filtered coffee the rest of the time.

Next: A Healthy Whipped Coffee Recipe Everyone Will Love