I Need You to Know: Vacation Doesn’t Solve Burnout 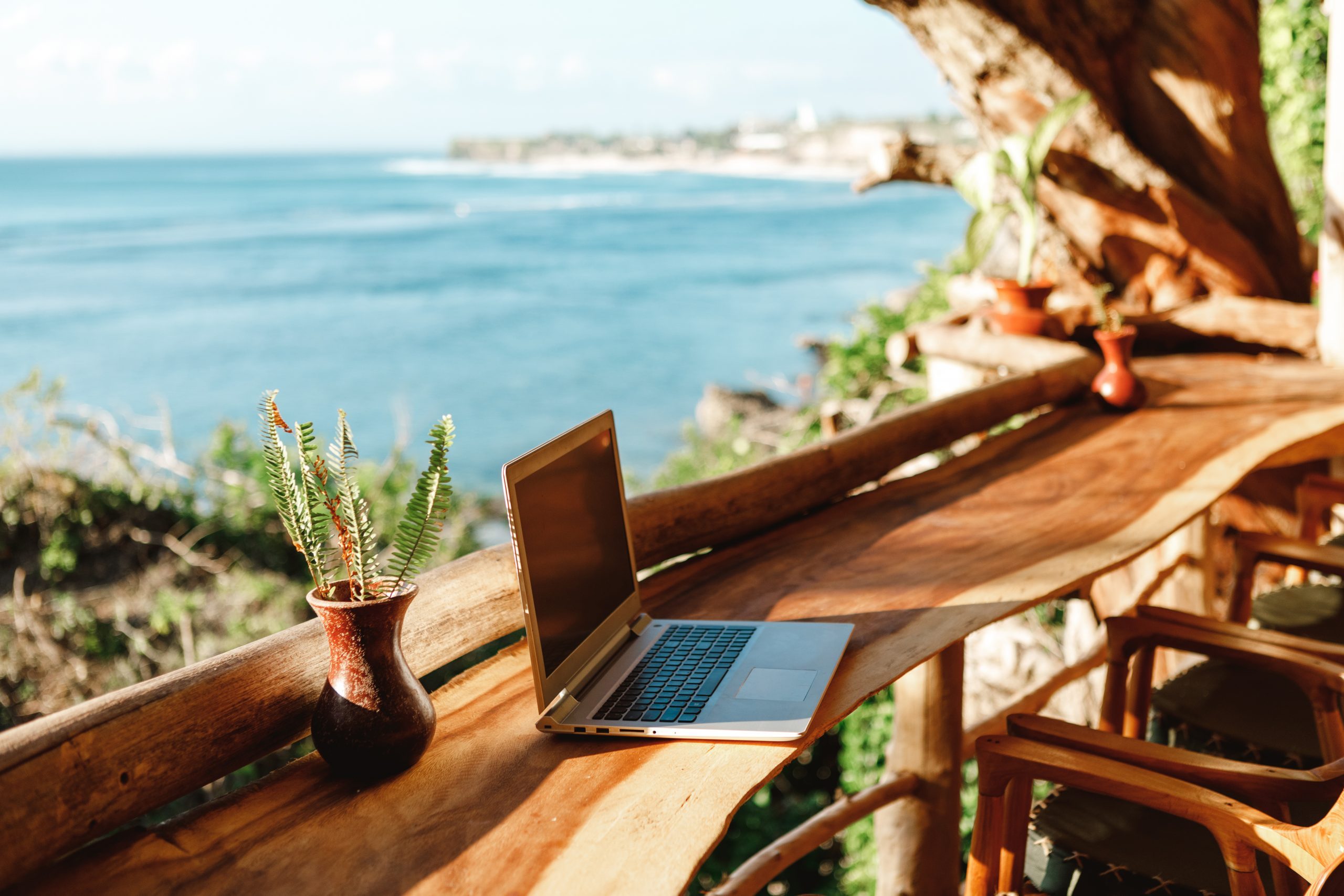 “If being overworked is normalized in our culture, the problem is bigger than just you and me.”

During the pandemic, when I wasn’t wiping down groceries (early stage) or frantically trying to get vaxxed (middle stage) or filled with dread over our children’s unsafe schools (neverending stage), I sat in my attic and worked.

I often began work early, before the kids started Zoom school, and would be at my desk on weekends, too. I ate dinner with the family but afterwards, I always went back to my desk to keep working.

Forget our hustle culture and the glorification of endless productivity at all costs. I’m not sharing my grind as a humblebrag. It’s the opposite (falling asleep with your fingers on your laptop is a pretty sad place to be).

Why was I working this way? I made up excuses. “I’m starting a business, I can’t let other people down, this is due.” But it strongly conflicted with the personal reckoning I was having with fair work and what really matters in life: “But I should be around more for the kids. I can’t ignore my partner. What about me? Will I ever have time to just enjoy an activity again, instead of just collapsing into the couch for late-night Netflix because my brain can’t handle anything else?” Attaining my ideal work-life balance was constantly being pushed back to some imaginary later date, one that existed at the end of a rainbow beyond my work calendar.

(Related: Get the Vaccine, Drop the Guilt)

As summer started, I had the happy coincidence of two major projects wrapping at the same time. I thought, Now is the time for me to take a really long break. This is the summer I always said I’d give myself while my kids still want to hang out with their mom. Rather than shooing them away all the time, our usual school-and-work-at-home interaction, I would be present and relaxed and we could just do nothing together.

So I cleared my calendar for a month. With COVID numbers low and everyone in our extended family double-vaxxed, we began to visit with others and my laptop stayed shut.

Within days, I joked that I had become human again. But it was more specific than that. I became this human again. I released my grip on COVID news and instead I read beautiful books that took me into ‘90s American college life or navigating girlhood in Seoul.

I swam in a lake, I ran in a forest and I ate vegetables from the garden on repeat and I didn’t share it on social. It felt beautiful to just live in the moment, with the people in my presence. My goal was to feel restored—and I did.

(Related: How to Set Intentions to Get Un-Stuck and Improve Your Mental Health)

I thought I would carry that feeling with me when I returned to work in August. But within days of returning to my work life, I had a sinking feeling. My vacation was long and beautiful, but it hadn’t changed my work life. I had just hit pause and come back to the same overfilled grind.

Vacation doesn’t solve burnout. Turns out I could have set a watch to this realization. In a piece exploring the benefits—and limits—of vacation time, the New York Times cited research showing vacation does bump up well-being, but also that well-being returns to pre-vacation levels within the first week back to work. Experts speaking to The Times also noted this rollercoaster is especially true for people who are workaholics or perfectionists, two types of people who are already prone to burnout (oh, I feel so seen right now).

Here’s the thing: The concept of “burnout” bugs me. Work-related burnout is recognized by the World Health Organization (WHO) as feelings of exhaustion, increased mental distance from one’s job and reduced professional efficacy. This framing focuses the attention on the individual, making it seem as if this is a personal problem. But that is neither true nor fair. If being overworked is normalized in our culture, the problem is bigger than just you and me.

An April poll from KPMG showed that nearly half of full-time employees in Canada feel their workload is “much or somewhat more” today than pre-pandemic. Three out of every 10 respondents said they’re so overworked that they’re on the verge of burnout or are burnt out.

Let’s be clear: The International Classification of Diseases defines burnout as “resulting from chronic workplace stress that has not been successfully managed.” As the WHO put it, burnout isn’t a personal failing, it’s an “occupational phenomenon.”

Throw in a pandemic, school closures for working parents and upheaval in industries like health care, which is experiencing massive strain, and burnout becomes an urgent social issue, not just our own private problem to deal with as we tap away in our attics at night.

(Related: I Worry About Other People’s Problems Like They’re My Own. How Can I Set Healthy Boundaries?)

Last year, city staff in Guysborough, Nova Scotia began experimenting with a four-day work week as a response to the pandemic. The nine-month pilot project was implemented not just for one harried working parent who asks for an accommodation, but for all core staff. The project was such a success, both in terms of productivity and employee satisfaction, that in April, the city voted to keep the policy going forward.

Collectively reducing workload is the key—and it’s already being proven as one way forward.

Take it from Iceland.

Iceland has a culture of long work hours, but things are changing.

The Organisation for Economic Cooperation and Development (OECD) placed Iceland as one of the countries that provided the least number of hours per week for leisure and personal care, alongside other work-intensive states like Chile, Mexico and Japan. Studies also showed that Icelandic people felt they didn’t have time or energy for chores and home life. Despite their advanced economy and work hours, Iceland still had lower productivity than their Nordic neighbours.

In 2014, researchers in Iceland began experimenting with a four-day work week. During these trials, more than 2,500 workers had their work hours reduced, without a reduction in pay, to see how it would affect people’s health, well-being and productivity.

After running multiple trials from 2014 to 2021, the data was clear. Participants reported feeling better, more energized and less stressed, which meant they had more energy for activities such as exercise, friends and hobbies.

The trials involved many types of workers—police, government, education, nursing care—-who provide essential services. While their hours were reduced, results showed that productivity and service provision remained the same or improved. Some participants noted that reduced work hours also led to more helpfulness between colleagues.

The depth and breadth of the results clearly support that people function better when they work less. Due to the success of this research, 86 percent of Iceland’s entire working population has now either moved to shorter hours or have gained the right to shorten their hours.

(Related: A Psychologist’s Guide to Preparing for Back to School 2021)

Keep in mind, Iceland is a very small nation. Their entire population is 368,792. But that’s a lot of people who are playing more frisbee or cooking family meals together.

I love that the Icelandic study provided rigorous research to back up something we already know: When we work too much, we become less effective. So why do we push ourselves to work longer and harder even when we know it isn’t healthy?

It’s because there are too many cultural rewards for overworking. It’s when no one bats an eye as you keep emailing from your vacation, instead of gently reinforcing boundaries. It’s when colleagues say they’ll finish up a report overnight and again, no one says anything but, “Cool, thanks.” The reason we work so hard is because we have been rewarded time and again from a world that wants to extract our labour.

How to extinguish (or at least better address) burnout

I want to be clear that I love the work I do. What an incredible privilege to marry my interests with my paycheque. I’m especially lucky that I work with people I genuinely love. But sometimes, I honestly feel overwhelmed sometimes at the sheer volume of tasks that need to get done. Work is still work—and we deserve rest, preferably with each other, enjoying cheese, snacks and cake.

I want to be like Iceland, but I can’t do it alone. We’re all part of a system and that system needs to be part of the solution. So what needs to be done now that we’re facing a she-cession, with women leaving the workforce in droves, and soaring burnout rates?

(Related: What Does a Post-COVID Economic Recovery Look Like for Women?)

For starters, workplaces big and small need to shift the culture from prioritizing productivity to valuing employees as people. One way to do so is to take mental health seriously. It’s not about creating a hashtag. It’s about providing real ways for people to care for their mental health, with time and money.

Last year, Deloitte Canada extended their December holiday and gave staff up to 18 extra days to deal with pandemic life, whether it’s helping children with school or get groceries before curfew. More recently, Vancouver-based social media platform Hootsuite responded to the pandemic by not only giving their staff a week off, but expanding their mental health benefits coverage by six times.

Plenty of us don’t work salaried jobs with benefits, particularly after COVID-19 further fuelled the gig economy, so we also need governments to step up with paid sick days that include mental health days. Professional support around mental health should be as accessible as seeing a family doctor.

Most of us don’t have any of the above in Canada. That needs to change.

As an individual, and especially one who is collaboratively building a small company, I’m trying to lead by example and prioritize better values than a bottom line. If I’m catching up on emails, I schedule them so they arrive within work hours. I try not to create short deadlines for others.

The toughest part is doing all those things for myself. But I keep trying, because we can’t just power through until our next holiday.

None of this is about time off. It’s about the quality, and quantity, of the time on.

Hannah Sung’s column appears monthly(ish) on Best Health. It’s adapted from her (excellent) newsletter, At The End Of The Day. If you’re interested in reading more, sign up for it down below or click here.

Next, Post-Pandemic Emotional Recovery: How Are You Doing?

Things You Might Not Know About Your Medicare Coverage

Want to Prevent Joint Problems? Here’s What You Need to Do