How Singing Can Raise Your Spirits During the Holiday Season 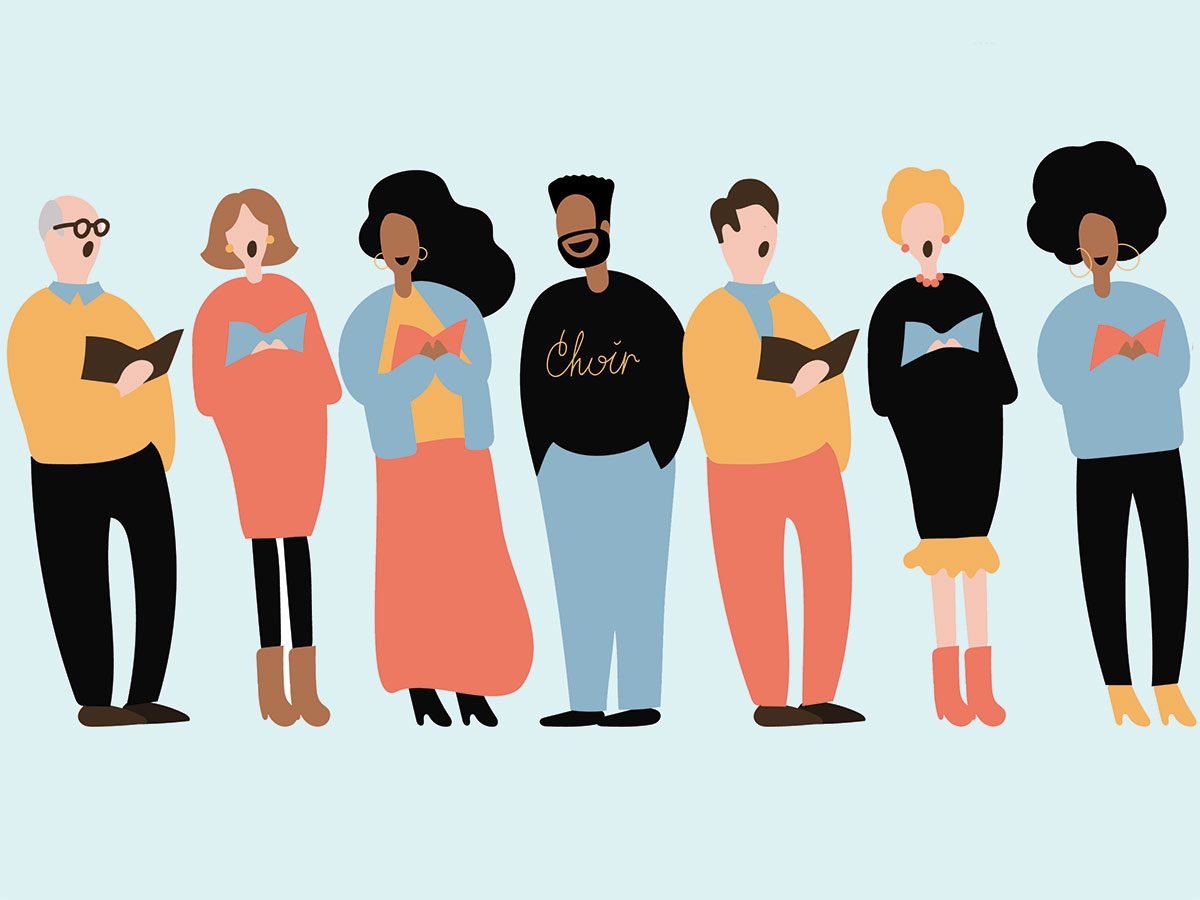 Struggling to stay merry this holiday season? Learn how choral singing can boost your mood—and your vocal range.

When her 78-year-old mother was dying of cancer 30 years ago, Susan Knight asked her if she had any regrets. There was only one: “I was a mute in a house-hold of songbirds” came the reply.

It was at that moment that Knight, a celebrated choral director and chancellor of Newfoundland’s Memorial University, learned that, when her mother was six years old, a nun had pronounced her tone-deaf and instructed her to stand in the back row of the choir and simply mouth the words.

“All five of her children loved to sing and all four of her siblings sang, but she never did,” says 73-year-old Knight, who is still angered by the memory of her mother’s voice being silenced. “There are so many people who can tell you, with great clarity, the exact moment they began to believe they couldn’t sing.”

(Related: 6 Priorities to Make for a Happy and Healthy Life)

To honour her mother, Knight has made it her life’s mission to help people discover and recover their ability to sing.

That’s why she founded Growing The Voices, an organization aiming to create singing opportunities through pop-up choirs, choral workshops and community singalongs. The group also hosts an annual one-of-a-kind singing retreat called Come All Ye, held every October in Port Rexton, NL, at Fishers’ Loft, an elegant inn on the rugged coast off the North Atlantic. For five days, several dozen participants spend hours practising songs ranging from Broadway show tunes and Beatles hits to Leonard Cohen ballads and boisterous Newfoundland folk songs, culminating in a performance in front of a live audience at the historic Garrick Theatre in nearby Bonavista.

“When we’re onstage, with all of us singing together, there’s this great sense of being held,” says Mary Walsh, an actress and comedian of This Hour Has 22 Minutes fame who has attended the retreat. “It’s almost transcendent in a way – you can get to places you can’t get to by yourself.”

Singing with others offers one of life’s rare opportunities for “truly sublime moments,” says Doug Dunsmore, a retired professor of music at Memorial University who conducts the Come All Ye retreat. He compares the major lift of communal singing to taking off on a hydrofoil. “You get up in the air and away you go,” he says. Anyone can sing, he adds. All it takes is a little training – an awareness of breath, good posture and the willingness to open your mouth (one tip: “Never let the teeth get closer than one finger apart,” he says).

American philosopher William James said, “I don’t sing because I’m happy. I’m happy because I sing.” Studies back up the idea that raising your voice in song may be the key to a long and joyful life. That’s because it causes a spike in dopamine in the brain, creating a flood of positivity, even when singing the blues. It boosts the immune system, improves sleep, increases social connections and allows people with dementia to access happy memories.

And singing with others beats going solo. A Swedish study found that choir singers don’t just harmonize their voices; they also synchronize their heartbeats, creating a calming effect. Think you’re tuneless or tone-deaf? Self-diagnosed “bad” singers are never as inept as they think. In fact, only 1.5 to four percent of people have congenital amusia, an innate inability to hear pitch properly. The rest of us can sing like songbirds. “We are born with the developmental capacity for singing,” says Knight. “It’s an essential part of the human condition.”

(Related: How to Stop Worrying and Have a Happier Life)

Want to take the next step?

Contact your provincial association below for a local choral group to join.

Next: 89 Totally Perfect Wellness Gifts for the Year That Was 2020

Treating Your Skin During Pregnancy