Buckwheat, a Protein-Rich Grain, Is a Nutritional Superstar—Here’s Why 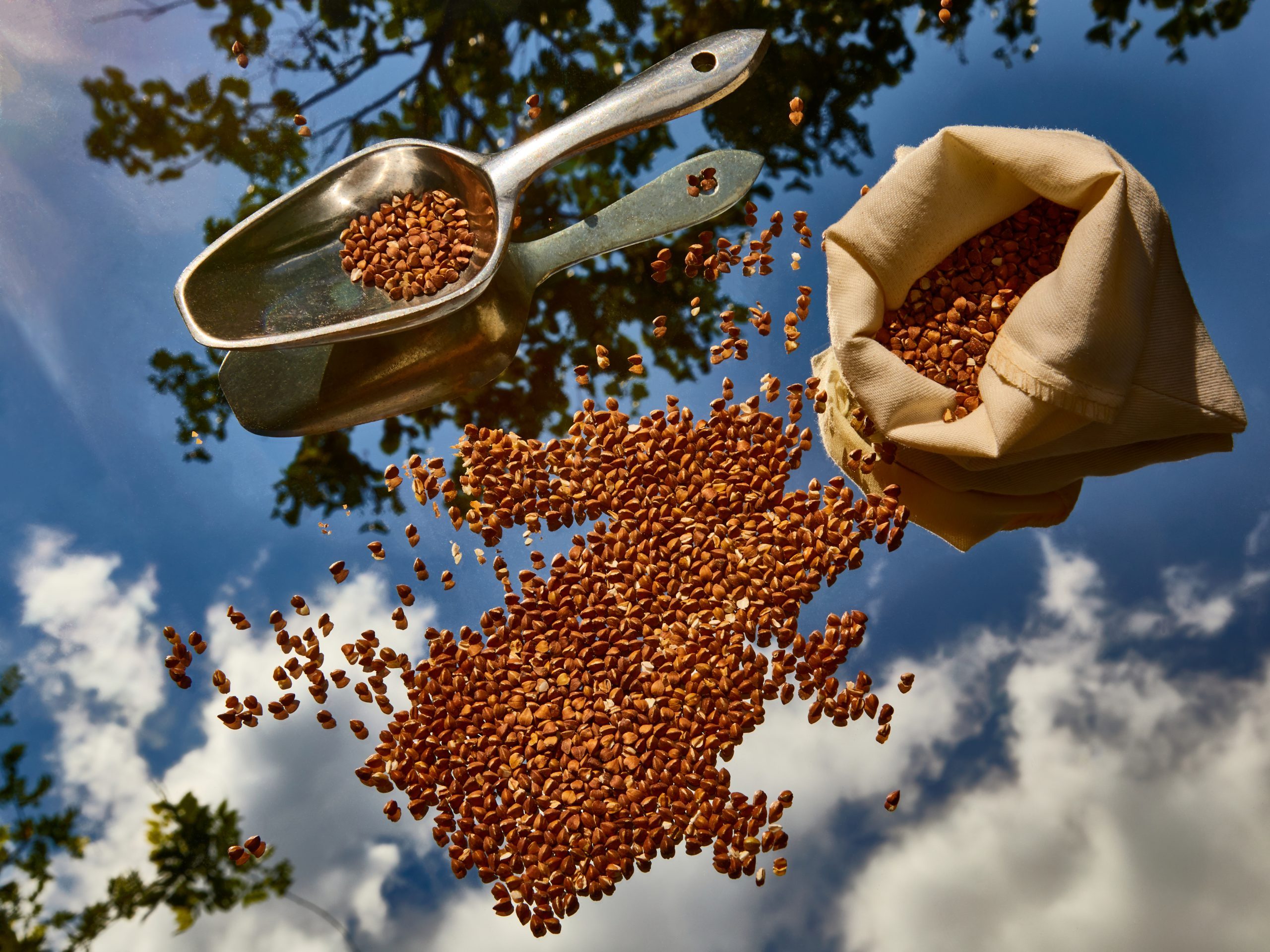 Along with amaranth and quinoa, buckwheat is an ancient grain that’s considered a pseudo-cereal—a plant that produces starch-rich seeds that can be used in similar ways to cereal grains. Despite its misleading name, buckwheat is not a type of wheat but actually a seed, and it’s closely related to the herbaceous plants rhubarb and sorrel. Buckwheat plants are harvested for their pyramidal seeds, which can be used instead of rice or wheat in a variety of dishes.

Buckwheat is grown in almost every country that produces grain crops but is a particular staple in high-altitude regions in Asia because it can flourish in cold, mountainous areas where other grains cannot grow. From there, buckwheat crops spread to central Asia, Tibet and Russia, and were one of the early crops Europeans brought to North America.

(Related: 9 Gluten-Free Grains You Should Know About)

Buckwheat around the world

Used in dishes ranging from everyday porridge to savoury pancakes topped with caviar, buckwheat has had a global culinary influence. It can be found in a few different incarnations, including the hulled grain (known as groats), as a flour, and as a puffed cereal.

Buckwheat groats are the base of a popular eastern European porridge called kasha, which is made by slowly simmering them with butter in water. Sometimes they’re cooked with milk and sugar, which turns the groats into a sweet breakfast dish.

Both the hull and the seed of buckwheat groats are ground to make buckwheat flour, which has a dark black-brown colour. In Japan, buckwheat flour is used to make chewy soba noodles, a staple for brothy soups and stir-fries; in the French region of Brittany, it’s used to make savoury crepes filled with ham and cheese, and topped with a fried egg. In Russia and the Ukraine, buckwheat is the base for blini, a miniature pancake that becomes the canvas for a variety of toppings, like sour cream, smoked salmon and fish roe.

(Related: 5 Types of Rice: Which Is the Healthiest?)

This versatile grain is high in a compound called rutin, a powerful antioxidant. Rutin is a type of phytochemical found in plants that has anti-inflammatory benefits. It works to scavenge free radicals in the body, helping to prevent their harmful effects, which can lead to tissue damage and cancer. Other benefits linked to rutin are a reduced risk of blood clots and positive effects on skin aging and health. Rutin enhances the formation of collagen, a protein that increases skin elasticity and reduces the look of fine lines and wrinkles.

From a nutritional standpoint, buckwheat is an all-star. Buckwheat is higher in protein than rice, millet and corn (there are about 6 g of protein per cup of cooked buckwheat), and contains lots of soluble fibre, which can help improve digestion and lower blood sugar. The combination of fibre and polyunsaturated fatty acids in buckwheat provides a perfect storm for decreasing levels of harmful LDL cholesterol in the blood, lowering blood pressure and slowing spikes in blood sugar, imparting an overall antihypertensive effect. Like many other seeds, buckwheat is gluten-free and is a nutrient-dense choice for those who have gluten sensitivities.

(Related: Is Barley Good for You? What Nutritionists Need You to Know)

How to cook with buckwheat

While buckwheat isn’t a true grain, it can be used like one in cooking and adds a nutty flavour to recipes. Try using buckwheat groats instead of oats for a stick-to-your-ribs porridge that’s high in protein and fibre, in place of barley or farro in a grain salad, or as a rice stand-in. For the best-tasting results, toast the grouts before use to release their nutty flavour or look for packaged grouts that have already been roasted. Another good practice is to soak raw groats overnight before using. This breaks down some of their proteins, which makes the groats easier to digest and shortens cooking time.

When baking, swap a quarter of the white flour for buckwheat flour in recipes for muffins, pancakes and quick breads to make them more nutritious. Because of its assertive flavour, buckwheat works best when combined with other flours, and it pairs well with ingredients like chocolate, walnuts, cinnamon, coffee and honey.

Next: 11 Healthy Granola Recipes for Any Time Throughout the Day