6 Antinutrients in Beans, Grains, and Veggies and How to Avoid Them 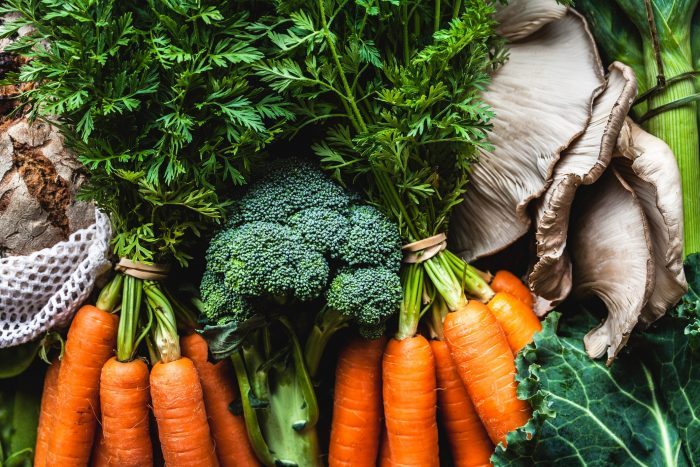 Antinutrients are naturally occurring plant compounds that can interfere with the body’s ability to absorb nutrients. So should you avoid them?

Antinutrients certainly sound like trouble. Nutrients are good for us, so why would anyone eat their opposites? Yet these plant chemicals—yes, they are real—are widely misunderstood. While they can cause problems under certain conditions, they can also be normal parts of a healthy diet, at least in moderate amounts.

Here is a closer look at what antinutrients are, where they come from, and how they affect us.

As the name suggests, antinutrients can block the body’s absorption of nutrients. They represent a small group of phytochemicals produced by a wide range of plants, often as a defense from bacterial infections or insect herbivores. Yet while antinutrients are capable of blocking nutrient absorption, experts generally agree they pose little danger—at least based on the way most people eat the plants that produce them.

You may get more antinutrients than you bargained for if your diet revolves around a select handful of foods. A balanced diet can help you avoid that. “As long as we keep a balance and a variety, then for the most part those antinutrient claims aren’t going to be worrisome because we aren’t going to get a massive amount at any one time,” says Jennifer Hanes, a registered dietitian based in Lewisville, Texas.

People have dealt with antinutrients for thousands of years by soaking, cooking, sprouting, or otherwise modifying certain plants before eating them. Heating and cooking seem to be key for neutralizing the negative effects of certain antinutrients. And some antinutrients may even have therapeutic properties on top of the known health benefits offered by vegetables in general. Recent concerns about antinutrients seem to have arisen largely from fad diets, Hanes says, casting undue doubt on the health value of some vegetables. “They’re banking on you not reading anything but what they’re telling you to,” she says.

That’s not to say antinutrients are harmless. When eaten in larger amounts as part of a diet, or when consumed alone, they may have a negative effect on the way the body functions, according to a 2020 Nutrients study. Some people, like those with certain health conditions, may be more susceptible to these negative effects for various reasons, the researchers wrote. But those circumstances are not typical, they noted, and they come with important caveats: “These compounds are rarely ingested in their isolated format, as we know from how these foods are traditionally consumed,” the researchers wrote. That is, the meals you make usually include more than one food item. “Plant-based diets which contain these compounds also contain thousands of other compounds in the food matrix, many of which counteract the potential effects of the ‘anti-nutrients,’” they added. In other words, compounds in your food may block the antinutrients that block the nutrients. (Confused yet?)

(Related: 11 Healthy Food Trends That Will Be Everywhere )

Here are some of the major antinutrient groups found in beans, grains, and veggies—and what you should know about each.

Produced by plants in the Brassicaceae family, glucosinolates are a large group of phytochemicals found in cruciferous vegetables like broccoli, cabbage, kale, mustard, and horseradish. While the precise function of glucosinolates in plants remains unclear, the pungent taste of isothiocyanates—small molecules formed from glucosinolate precursors—may provide defense against bacteria or leaf-eating insects like caterpillars.

Glucosinolates are goitrogens, or naturally occurring substances that can interfere with the thyroid gland and make it harder for the gland to make thyroid hormones. Goitrogen concentration varies widely by plant species, though, and many popular foods, including broccoli and brussels sprouts, contain glucosinolate levels that are too low to cause a physiological effect and could even provide benefits.

“In addition to beneficial glucosinolates, cruciferous vegetables provide a plethora of other health-promoting phytochemicals, fibre, and essential vitamins and minerals,” according to the researchers of the Nutrients study. The researchers do note, however, that glucosinolates may pose a risk for people with thyroid disease or those who are at higher risk of thyroid disease. But that’s only if they consume higher-goitrogen plants (think Russian kale and collard greens) every day for long periods. Even then, the reduced iodine uptake—preventing iodine uptake is one way goitrogens  interfere with thyroid function—can be offset by cooking with iodized salt.

(Related: How to Incorporate More Beans and Plant-Based Proteins into Your Diet)

Lectins are a wide-ranging family of proteins found in many different organisms, including animals and plants. Hundreds of plant lectins exist in various species, but they are more heavily concentrated in certain types, namely raw legumes and whole grains. Lectins can interfere with the absorption of several nutrients, including calcium, iron, phosphorus, and zinc. Lectin-rich foods can also cause food poisoning if not prepared properly, but that risk can be managed relatively easily by consuming them in their whole and cooked form.

While some people have good reasons for limiting lectins, these chemicals pose virtually no danger to most of us, Hanes argues. “There are certain people who don’t tolerate some of the lectins as well as other people do, and so they may have some GI [gastrointestinal] problems as a result,” she says. “But one person not tolerating them doesn’t make them bad for everybody.”

Lots of plants produce oxalic acid, or oxalates, for purposes that may include defense, calcium regulation, and detoxification of heavy metals. Found in green leafy vegetables as well as tea, oxalates can bind with calcium and prevent it from being absorbed in the body. Calcium oxalate is a major component of kidney stones, and oxalates in certain foods, like spinach, are sometimes framed as a risk factor.

That may be true, at least for some people. But the relationship between oxalate-rich foods and kidney stones is less simple than scientists once thought. Per the Nutrients study, “oxalate-containing foods possess an array of protective, beneficial compounds, which may outweigh any possible negative effects of oxalate.” As with other antinutrients, it’s all about moderation. “I wouldn’t have four pounds of spinach every day, but I wouldn’t avoid everything with oxalates in it,” says Hanes.

(Related: 12 Frozen Foods You Should Avoid at All Costs)

Phytates, or phytic acid, are widespread in the plant kingdom, serving as a storage system for phosphate, an energy source, and an antioxidant for germinating seeds. Found in many seeds, legumes, whole grains, and some nuts, they can hinder the absorption of calcium as well as iron, magnesium, and zinc. Phytates are also potent antioxidants, and eating them as part of a plant-based diet is more beneficial and tends to exceed the impact it can have on mineral absorption.

Phytoestrogens are plant compounds with a structural similarity to estradiol, the primary female sex hormone. This similarity lets them bind to human estrogen receptors, giving them some degree of influence on estrogenic activity, which has led to inflated fears about foods that contain them.

“I think the one I see most maligned is the phytoestrogens in soy,” Hanes says. “People get scared because it says estrogen. Men tend to get scared because, you know, estrogen. But there are lots of good things about it.” So let’s set the record straight: phytoestrogens don’t raise your estrogen level like a lot of people imagine they do. And eaten in moderation, they won’t raise your risk for breast cancer—another fear you may have seen floating around the Internet. In fact, some research shows they soy may actually lower breast cancer risk.

Tannins are found in an array of plant foods and drinks, from apples and berries to tea and coffee. Some studies have found tannins can interfere with iron absorption when taken in isolation, but other studies examining whole diets have found otherwise, according to the Nutrients study. Cutting back on tea around meals might be worth a shot for someone with severe issues with iron absorption, Hanes says, but tannins are rarely a concern based on the way most people consume tea or coffee. “If I was drinking 20 cups of tea a day, I would probably start seeing some problems,” she says. “But how most people drink tea, you’re not going to get to that level.”

Next, this is what you need to know about vegetarian fast food.

The 3 Things To Avoid When You Hit Menopause